Skip to content
Forex Success AdminSeptember 17, 2020No Comments on New sci-fi book imagines how an engineer becomes a dictator with implanted RFID chips 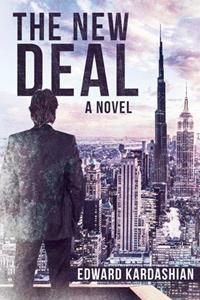 David McClurry presents his latest invention, a type of radio-frequency identification (RFID) device before the department of commerce in June of 2035. Though interested by the potential applications of this new hardware in an effort to improve the American economy, the department decides to pass on David’s project. Their decision prompts him to try his luck in politics and launch his own political party three years later. Notwithstanding the lack of campaign and advertisement funds, McClurry runs for President in the fall of 2038. His political party in limbo after an unexpected arrest and beaten by John Morey of the Democratic Party, David is sentenced to ten years in federal prison for having avenged the murder of a friend. As Morey comes across David’s project the following summer, he sets him free from prison temporarily and asks him to run The Chip, hopefully improving the economy. Aware of Morey’s scheme and unable to fully carry out the Democrats’ plan, McClurry becomes the new dictator of the United States and the new leader of an unprecedented post-capitalist world.

“The New Deal” is available for purchase online at: https://www.amazon.com/New-Deal-Novel-Edward-Kardashian-ebook/dp/B08GS5Y2XM.

Available at Amazon and Barnes & Noble

Following the success of “The Confabulators,” Edward Kardashian comes back with his second novel, a political sci-fi story, which couldn’t be any closer to the current state of affairs in politics as well as emerging technologies in computer hardware. Having obtained a doctorate in the field of mathematics with a thesis on the Riemann Hypothesis, he works as a hedge fund manager for one of the top firms in Manhattan while writing techno thrillers in his spare time. He currently lives in New York City.

Simon & Schuster, a company with nearly ninety years of publishing experience, has teamed up with Author Solutions, LLC, the worldwide leader in self-publishing, to create Archway Publishing. With unique resources to support books of all kind, Archway Publishing offers a specialized approach to help every author reach his or her desired audience. For more information, visit www.archwaypublishing.com or call 844-669-3957.

GlobeNewswire,is one of the world’s largest newswire distribution networks, specializing in the delivery of corporate press releases financial disclosures and multimedia content to the media, investment community, individual investors and the general public.

Latest posts by GlobeNewswire (see all)